Chungcheong, Selected as the final candidate city for the 2027 Summer WUG!

On 24 January, the Chungcheong Megacity Bid Committee (CMBC) received a letter from the International University Sports Federation (FISU) Secretariat regarding the \\\'Selection of Candidate Cities\\\' under the name of Secretary-General Eric Saintrond.

The International University Sports Federation (FISU) announced the selected candidate cities and the new schedule for determining the final host city in the future. In May last year, the FISU Executive Committee (EC) decided to choose the final host city of the 2027 Summer WUG in January 2023. However, this new announcement moved up the original schedule by three months. The FISU EC will decide on the host city at its General Meeting, held in Ekaterinburg, Russia, on 9 October this year.

from February to August 2022, critical tasks will be conducted by and with FISU: FISU\\\'s technical inspections and the

bid dossier negotiation between FISU and the CMBC. Followed by the on-site evaluation by the FISU EC in September, the FISU EC will vote for the host city of the 2027 Summer WUG after the presentation of candidate cities at its General Meeting in Russia. It is so far known that two cities have bid to host the 2027 WUG: Chungcheong of South Korea and North Carolina of USA.

The most important thing for Chungcheong\\\'s bidding is the strong desire of residents to host the Games. Please join and show your generous support to our efforts: Multi-pronged activities of Promotion Groups, solid administrative support from provincial and city governments, inspiring PR activities through various media, one million Chungcheong people signature campaigns, close cooperation among universities and sports councils in the Chungcheong region. Our endeavor will bear fruit if all people of Chungcheong come together with one mind to host the 2027 Summer WUG. 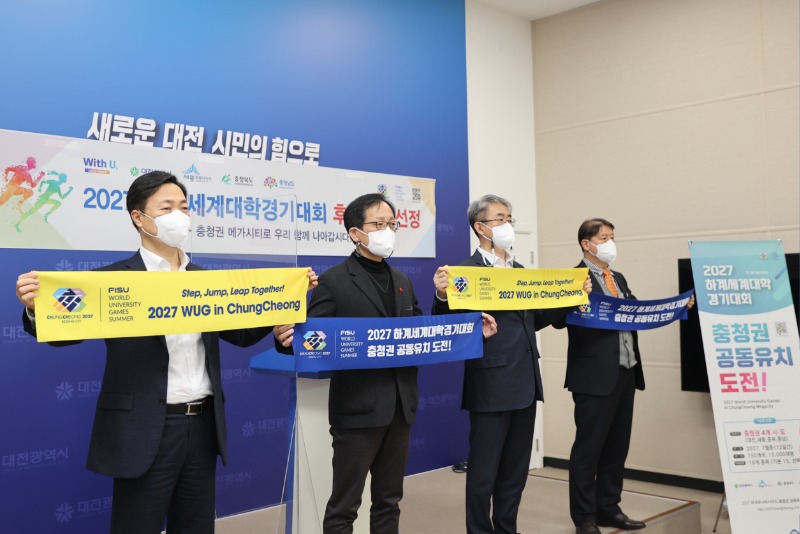 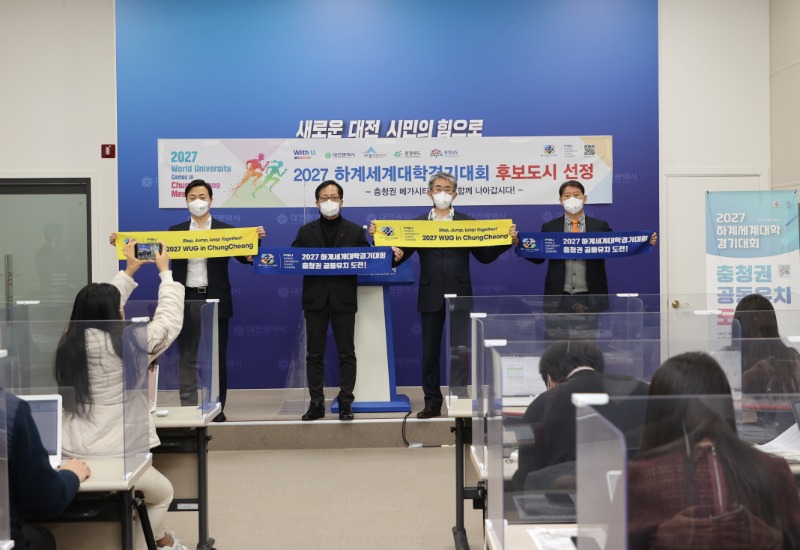 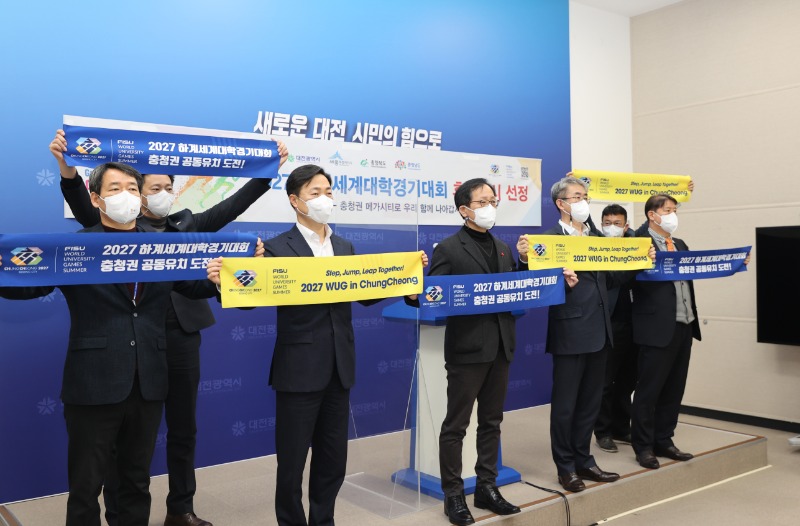